Running is a thrilling way to stay fit and stave off the diseases that come with inactivity and excess weight. Unfortunately, it is hard to keep up with a running or walking schedule when you are dealing with the uncomfortable symptoms of iliotibial band syndrome. Without treatment, you may have to give up your running practice or risk permanent damage to the legs. Athletes who are concerned about interrupting their training plans may want to work on preventing the syndrome in the first place.

What is Iliotibial Band Syndrome

The three major joints of the legs are anchored with a wide strip of ligament that runs down the outside of each limb. This is known as the iliotibial band. The ligament attaches to the hip, the knee, and the side of the shin down to the ankle. Without this band, the force of each step would cause the joints to push outward. Since this band is required for stabilization, it is easily irritated by a variety of injuries and poor running techniques.

Start your treatment process by ruling out other causes of leg pain and similar symptoms. The signs usually associated with Iliotibial Band Syndrome include:

Cause of Iliotibial Band Syndrome

There is a simple cause behind this syndrome. There is a rare chance of birth defects that affect the knee’s function, but most patients cause the problem with their behavior. The process of development usually includes:

A fall or other injury can also strain the IT band and leave it sore. This kind of trauma will usually result in pain that is constant, not just triggered by activity. If the symptoms don’t heal within a week, seek treatment to rule out more serious bone or muscle damage.

Many runners put them selves at risk for developing these symptoms with the choices they make while training. A little education go a long way to prevent this disruptive condition, even if you are an experienced runner. Avoid practices that put you at risk like:

IT band syndrome doesn’t have to keep you on the sidelines for an entire season if you seek advice and treatment when symptoms first manifest. Take a break from your daily jog and see us in Goose Creek for help with: 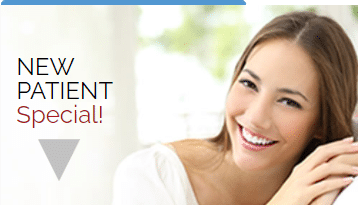